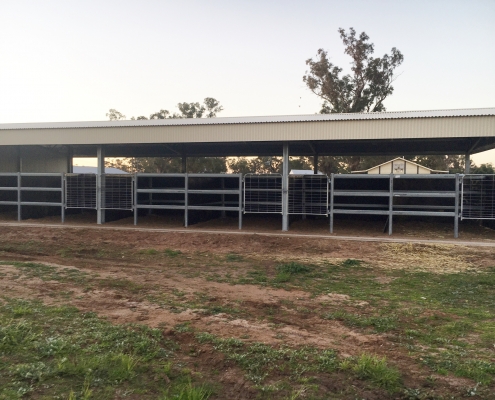 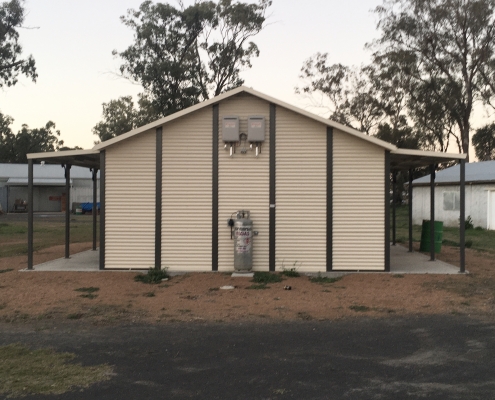 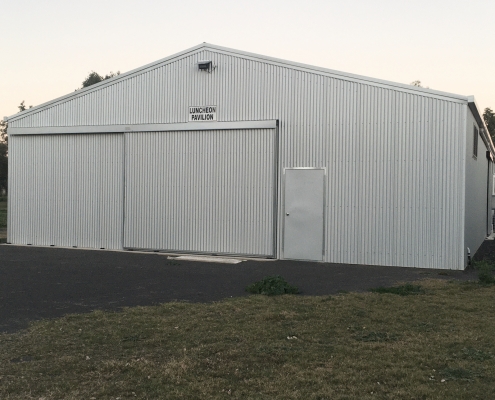 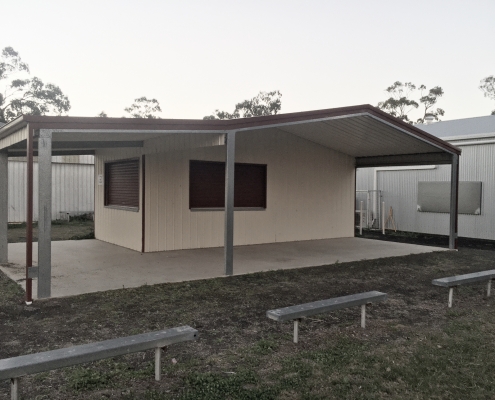 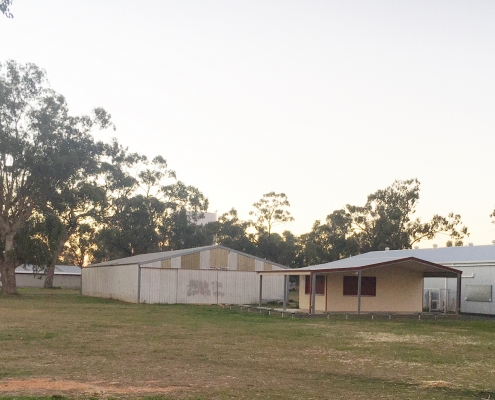 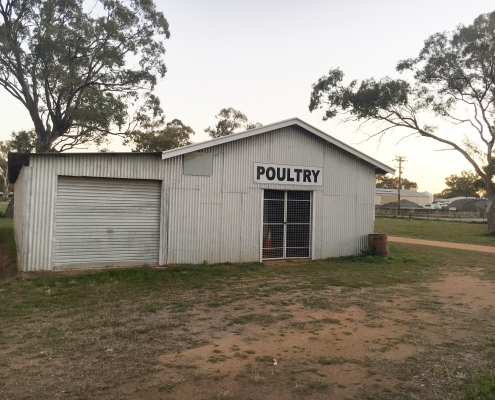 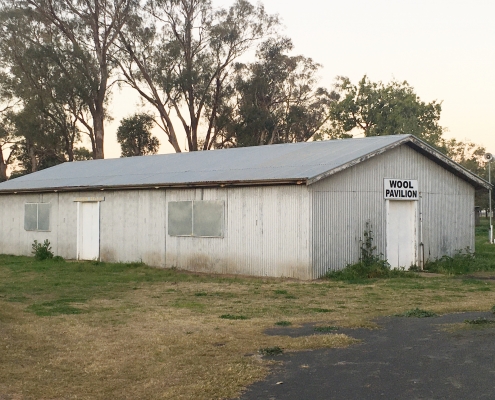 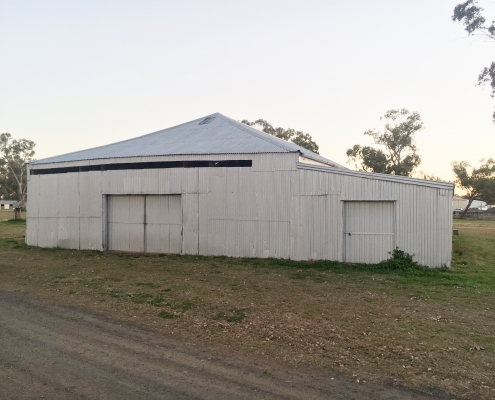 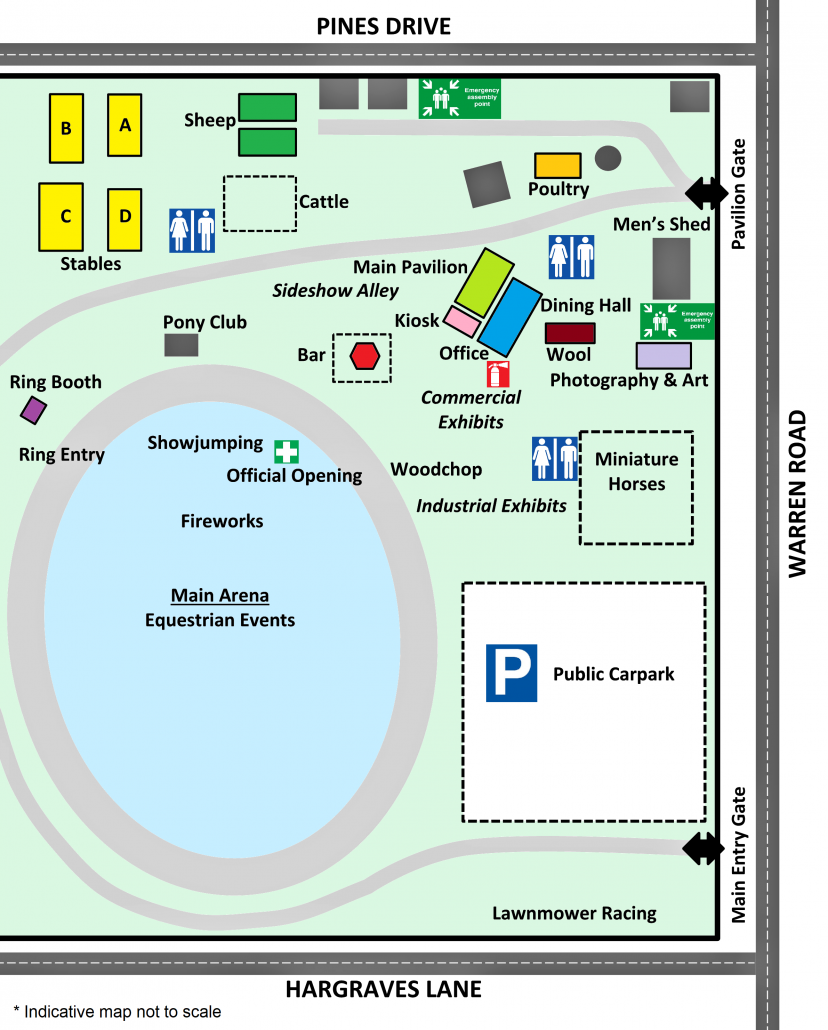 To arrange hire of the Showground

1911: The Department of Lands allocated land adjoining the railway station to the Gilgandra Pastoral and Agricultural (P & A) Association which had applied for a parcel of 35 acres as a permanent showground reserve. One condition of the allocation required that the P & A Association arrange for the relocation of the rifle range which occupied part of the site.

1912: The ground was cleared and fenced.

1913: The original main pavilion was constructed and the Showground sufficiently developed in time to hold the second Gilgandra Show. Other improvements included a luncheon booth, horse ring and yards, hurdles, timber sheep and cattle pens of a temporary nature, poultry cages and sanitary conveniences.

1914: The first permanent water supply on the Showground was secured with the drilling of a bore to a depth of 115 feet. New wooden main gates were installed at the western end of the Showground frontage. By this time, the horse ring was being used as a cricket ground by the Castlereagh Cricket Club.

1915: Roofing was provided for the poultry cages.

1919: Permission was granted for Gilgandra Shire Council to use the Showground as an isolation camp during the influenza pandemic.

1922: The first covered sheep yards with concrete judging area lit by a skylight was constructed. A windmill and tanks were installed at the bore to improve the water supply, while the main pavilion was provided with a concrete floor and updated fittings. The P & A Association applied to the Department of Lands to increase the Showground size by 15 acres.

1923: The Department of Lands approved the application for an additional 15 acres. which was granted the following year. A skillion was added to the southern side of the pavilion for use as a luncheon area. A telephone had been installed by this time.

1925: New sanitary conveniences were erected following correspondence with the Health Inspector. An additional block of horse boxes was completed by the end of that same year.

1926: It was proposed that a caretakers cottage be built, however it is believed that construction did not occur until about 1931-32.

1927: The pavilion was enlarged by the addition of a skillion along the northern side.

1929: A second covered sheep pavilion identical to the original was constructed, while the number of poultry cages was increased. More horse stalls were added shortly after.

1935: 30 new uncovered horse stalls were constructed, with an iron roof added the following year. By this time, the original cattle yards had been renewed and relocated.

1937:  The laneways of the sheep pens were concreted, and a new fruit kiosk built. The water supply was improved by fitting an engine-driven pump to the well.

1938: The existing publican’s booth (bar) was demolished and replaced with a new structure.

1946: The first proposal to install a greyhound track was received from the Greyhound Coursing Club.

1949: A further block of 12 horse stalls was constructed.

1950: Consideration was given to a proposal to build a new main pavilion financed by donations and the issue of debentures. Due to difficulty in sourcing steel, this project did not eventuate.

1951: After completion of the 22kv three-phase 7/104 cu line from Dubbo in December 1950, electricity was connected to the Showground for the first time in 1951. (The ground had not been connected to the earlier D.C. supply from Council’s powerhouse). The P & A Association purchased a public address system, having hired loudspeakers since the 1930’s. (The amplifiers, however, were not stored at the Showground and subsequently destroyed in the 1955 flood).

1952: A new ladies’ convenience was constructed.

1953: The northern skillion on the pavilion was fitted out for the display of fleece wool. The poultry shed roof was extended after the number of poultry cages was increased. The existing windmill was moved to a new well.

1956: Electricity was connected to the caretakers cottage.

1960: The publican’s booth was destroyed by fire on Tuesday 29th March.

1963: A new luncheon pavilion was constructed with voluntary labour, at a material cost of £540 including wiring and heaters. Funds were donated by the (recently disbanded) local Farmers and Settlers Association, with the cost of the concrete floor met by Mr. John Miller. A new amplifier was purchased for the public address system.

1964: A new pressure water system was installed by Mr. Barry Keen, who removed the existing windmill and tower.

1965: Ground electricity capacity was increased by Macquarie County Council and a private contractor.

1966: The Christie Memorial Gates were erected at the eastern showground entrance in honour of former Secretary Mr. Gordon Christie. New pig pens were built along the western fence and the caretakers cottage connected to the town water supply. The 1954 rodeo yards were demolished and the trotting track relocated.

1967: The existing hexagonal bar and Rural Youth hall were constructed, and an internal telephone system installed throughout the showground.

1969: A concrete cricket pitch was installed at the eastern end of the horse ring.

1970: Two new sewered amenities blocks were built to replace earlier pan service facilities, which were demolished along with surplus sanitary conveniences at the eastern end of the showground.

1971: The existing poultry pavilion was completed, replacing the previous unenclosed structure located near the cattle yards.

1972: Showground boundary fencing was completely renewed, with a fence also provided around the Rural Youth Hall. The southern skillion (former luncheon booth) was removed from the main pavilion.

1975: The concrete cricket pitch was relocated from the horse ring to the carpark area. A new amplifier was purchased for the PA system.

1976: The Showground Trust became a separate entity to the P & A Association. The Greyhound Coursing Club commenced construction of their trial track within the trotting track.

1981: 16 new horse stalls were added. A 22,000 litre concrete water tank with pressure system was installed and connected to town water supply. 8 hectares of land were added to the southern end of the showground reserve, and rodeo yards constructed.

1982: A bore drilled by Gilgandra Shire Council in the south-eastern corner of the showground, which was found to be unsuitable for town supply, was connected to the showground water reticulation system and later purchased outright from Council.

1984: A new main pavilion (later named the Pioneer Pavilion) supplied by Field Machinery and Steel Industries Co of Molong was erected to replace the 1913 pavilion. The original pavilion remains in use as a storage area.

1985: An electrical upgrade including underground power was completed, and a new public address system installed.

1986: The disused greyhound track was by this time described by P & A President Len Hosegood as a monstrosity. The running rail and track fencing were dismantled and disposed of.

1987: Electrical upgrades were made to the sideshow alley area.

1998: A third amenities block including a mothers area was provided adjacent to the dog arena.

2013: The Gilgandra Men’s Shed was constructed upon the showground reserve.

2015: The ageing weatherboard refreshment kiosk was demolished and replaced by a new structure financed through a sponsorship arrangement with Bendigo Bank.

2020: A new dining hall, secretary’s office and storage area was built on the site of the 1959 secretary’s office and committee room which had been demolished in 2019. The former luncheon pavilion was provided with updated lighting and is now used to display fleece wool. The two 1970 amenities blocks were also removed and replaced with new facilities.

2021: Stable block D was demolished and replaced with a new stable of 12 stalls. 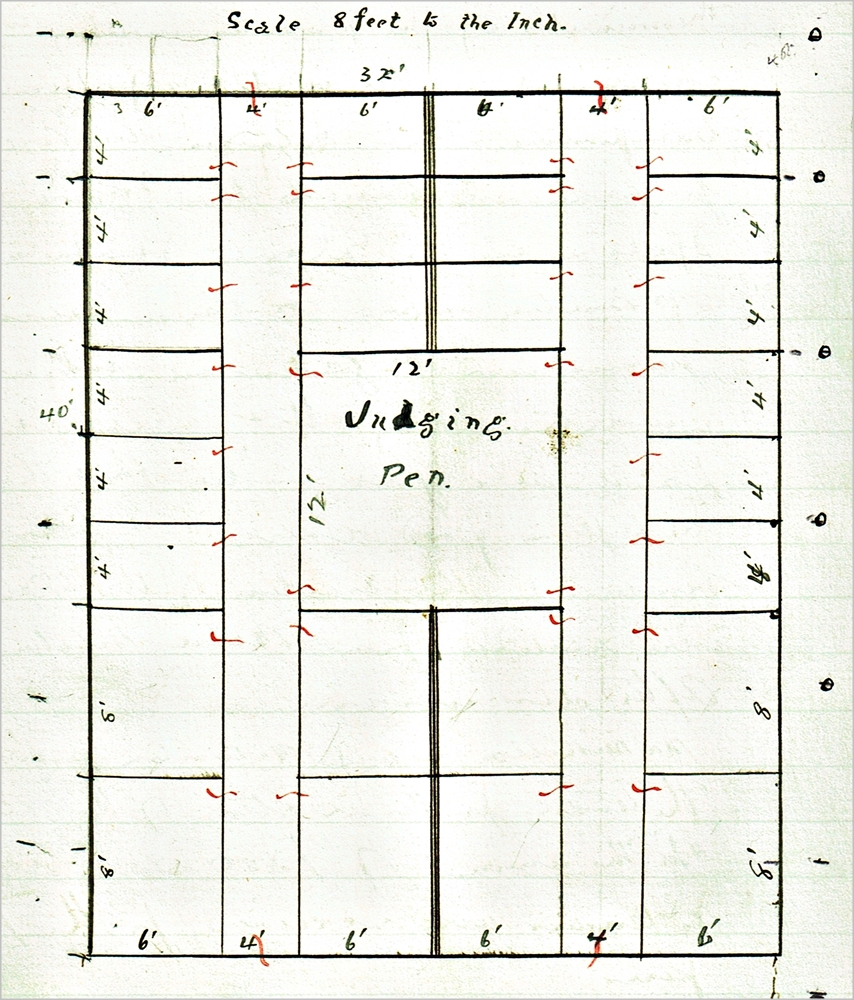 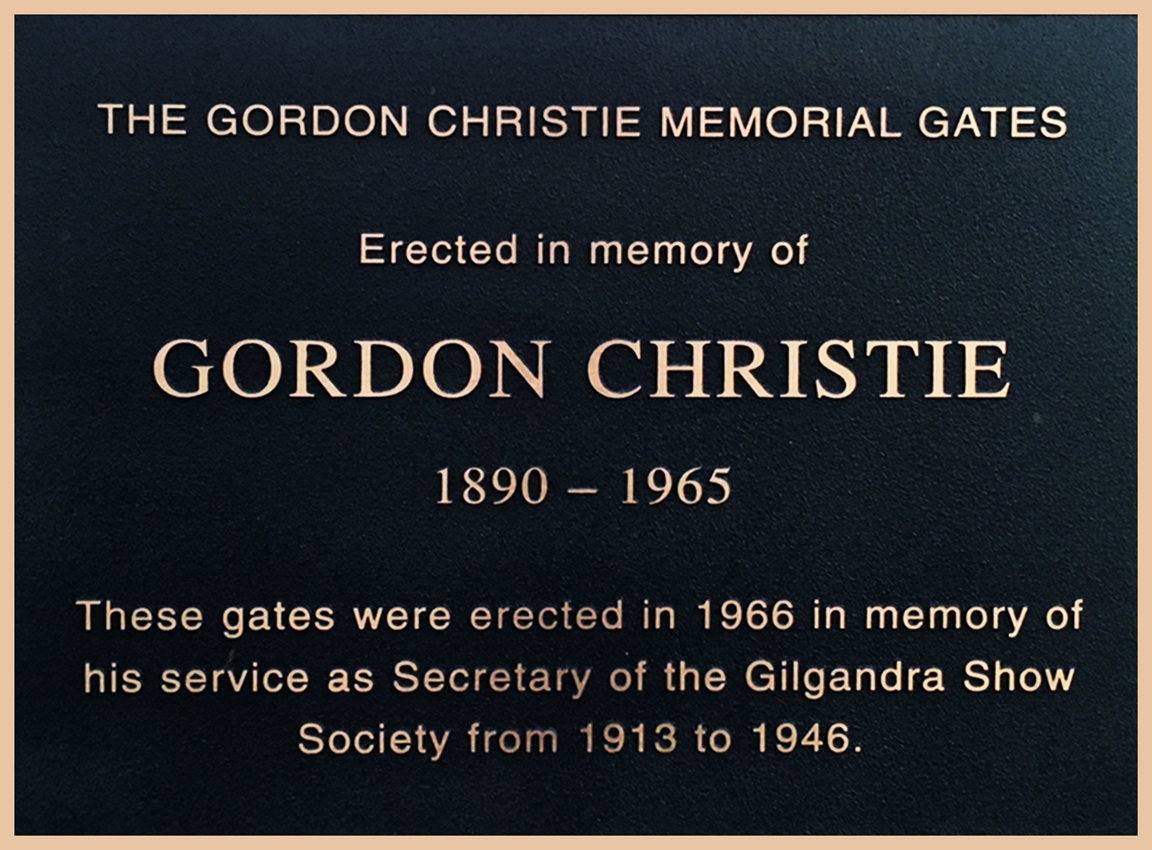 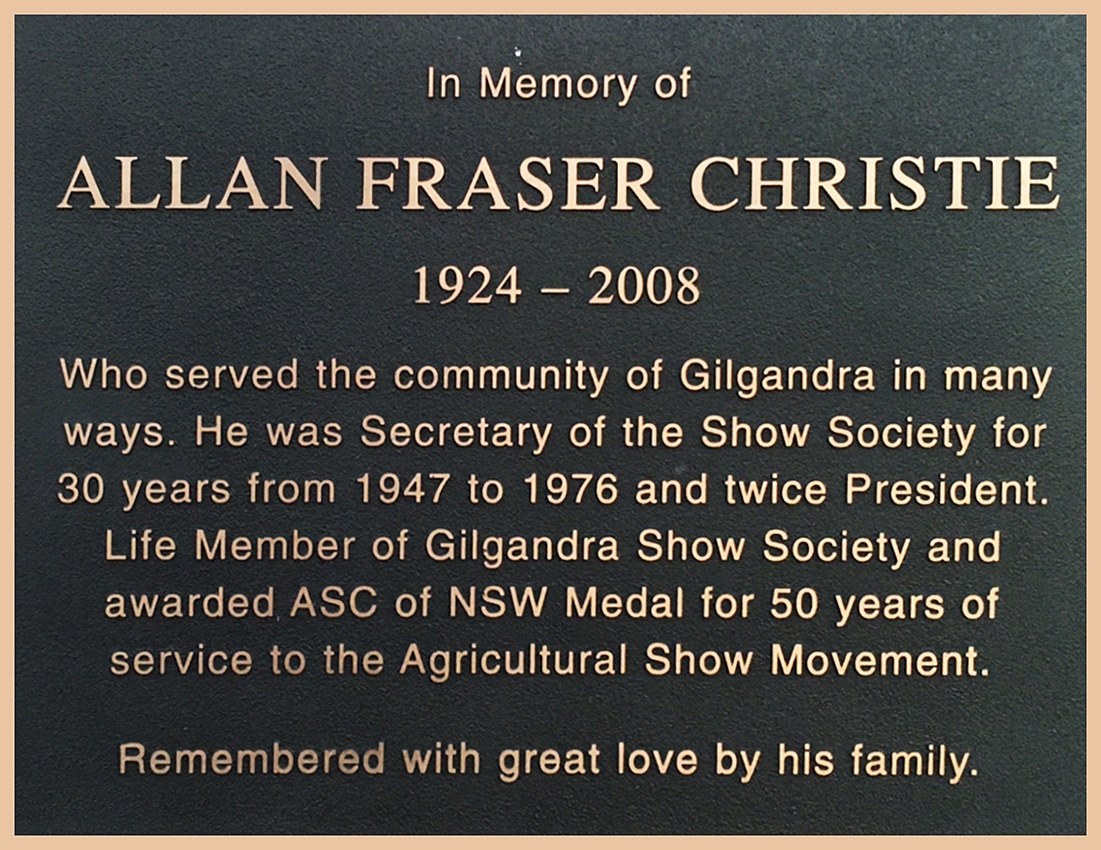 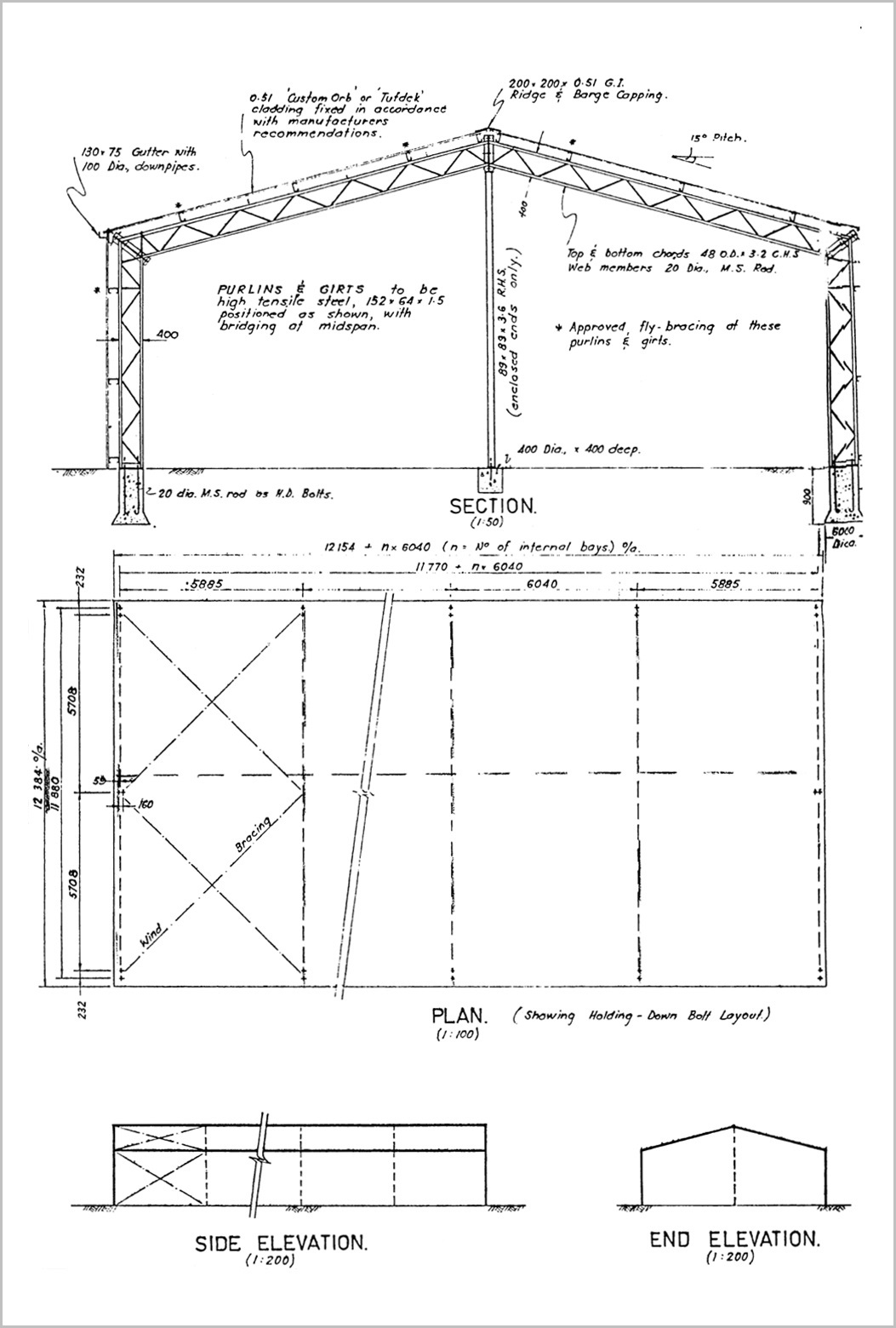